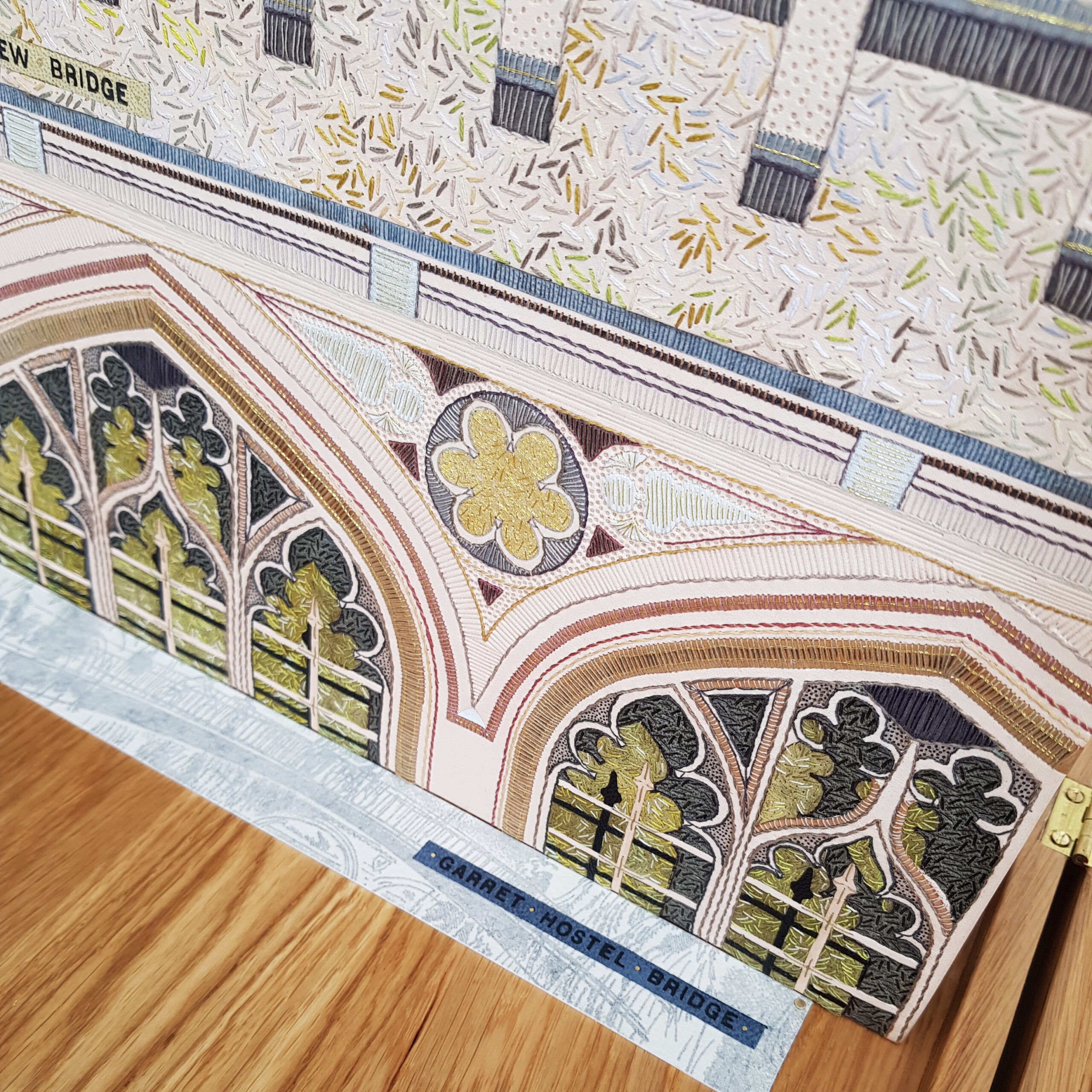 About the book:
“Bridges on the Backs” was printed in 1961 and formed part of a series of more than 34 books that were published by Brooke Crutchley at The University of Cambridge in between 1930 and 1958 as part of “A Printer’s Christmas Books” – the printing of these was the University Printer’s continued custom of giving a book to friends of the press at Christmas. The series was started by Walter Lewis and Stanley Morison in 1930. Brooke Crutchley was the University printer at Cambridge and oversaw the production of the Christmas Book series from its inception 1930 until its discontinuation in 1973. He gave a talk at St. Bride Printing Library in December 1975 at the opening of an exhibition of the Christmas books which ran from 10 December 1975 to 30 January 1976.

The nine illustrated drawings inside the book depict all the nine Bridges on The Backs, a picturesque area to the east of Queen’s Road in the city of Cambridge, England where several colleges of the University of Cambridge back onto the River Cam. The name “The Backs” refers to the backs of the colleges. The nine Bridges are as follows; Great Bridge, St John’s New Bridge (otherwise known as the Bridge of Sighs), St John’s Old Bridge, Trinity College Bridge, Garrett Hostel Bridge, Clare Bridge, Kings College Bridge, Queens Bridge (otherwise known as the Mathematical Bridge) and Silver Street Bridge.

More details about this binding can be read in a blog posts here.