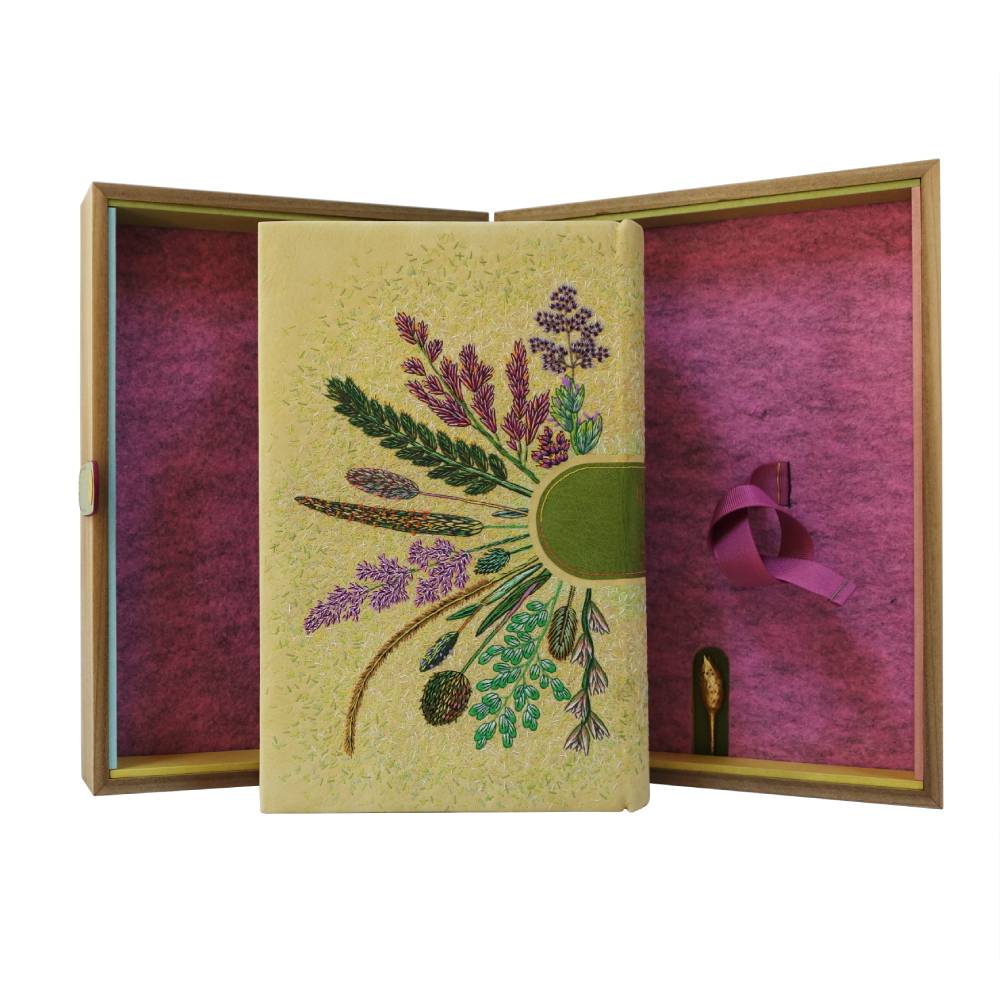 About the book:
This book is an important English herbarium with 144 colour plates by John E. Sowerby. Not only does it include the history of grasses but also their uses as medicines, edible plants and for healing.

John Edward Sowerby was a British botanical illustrator and publisher active in the mid-to-late nineteenth century. Coming from a family of botanical painters, his father and grandfather both published books on English plants, it is likely that he began illustrating at a young age. He inherited a taste for botanical drawing, and in 1841 produced his first work – the plates for his father’s Illustrated Catalogue of British Plants. His life was later mainly spent illustrating botanical works for several books, in collaboration with Charles Johnson, and his son Charles Pierpoint Johnson, who contributed the text such as this volume on The Grasses of Great Britain.

Design Description:
This book was selected and bound for entry into the 2021 Designer Bookbinders International Competition, ‘A Gathering of Leaves’:

“Plants and gardens play a central role in life on Earth. They have provided food, clothing, shelter, medicines, employment, leisure and enjoyment throughout history. Both also have many symbolic uses in art, mythology and literature, making plants and gardens the perfect theme for the Designer Bookbinders fourth International Competition held at the Bodleian Library in 2022. The chosen theme also celebrates 400 years since the founding of Oxford Botanic Garden.“

The cover design of this binding was based on the wonderful colour plates found in this book. Twenty nine species of grass were selected from the 144 colour plates and laid out across the front and back covers of the book, around a half circle. The grasses were embroidered in colours to match the plates and they were laid out to best use the space on the boards.

The original binding had some dried grasses pressed into the correct pages for their species and if you look carefully through the book you can still see some impressions of them.

More details about this binding can be read over five blog posts, starting here.